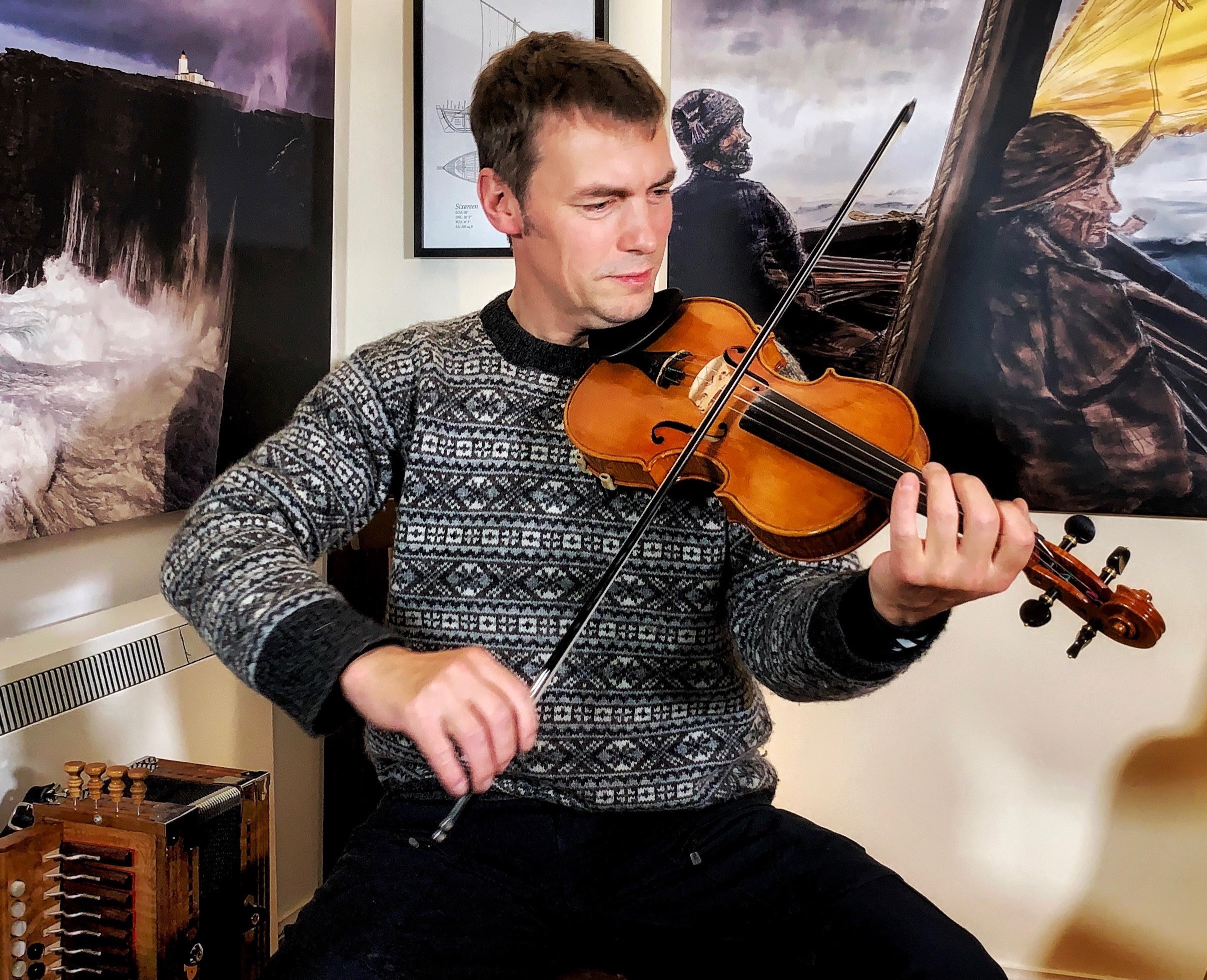 Visiting West Kerry for the first time are two of Shetlands leading fiddlers, Maurice and Kevin Henderson, both well known on the international folk music scene. Maurice is a founder member of the fiddle bands Fiddlers' Bid and Haltadans and is well known for his stories about the tunes, Shetland folklore and culture. Kevin, also a founding member of Fiddlers’ Bid, is also a member of Boys of the Lough, Session A9 and The Nordic Fiddlers Bloc. He is a full time musician and as well as performing, can be found passing on the traditional fiddle music of Shetland at various teaching events and workshops held throughout the world.

At Thursday’s concert they will perform a diverse selection of tunes from the Shetland tradition which has connections to the music of Scandinavia with the likes of ceremonial music and listening tunes. In addition there is a strong tradition of reels which is the most common type of tune found in the Shetland fiddle tradition. As well as hearing a wide selection of tunes you will also get to hear the stories that go with tunes and they will most likely be in their native tongue! If you fancy learning a few tunes from the tradition come to their Shetland Music Worskhop on Saturday – see programme.